For such a time as this.

We all need that extra break from time to time.  Not only is it good for our life-work balance, days that are dedicated to special events bring us pause and we remember life beyond the immediate moment.

According to the Canadian government’s website (canada.ca), after Confederation, the Queen's birthday was celebrated every year on May 24 unless that date was a Sunday, in which case a proclamation was issued providing for the celebration on May 25.  After the death of Queen Victoria in 1901, an Act was passed by the Parliament of Canada establishing a legal holiday on May 24 in each year (or May 25 if May 24 fell on a Sunday) under the name Victoria Day.  Apparently, in 1854 about 5000 Torontonians gathered in front of the Ontario legislature to “give cheers to the Queen.”  In another part of the province during a day long fête, guns were fired at midnight in celebration of the Queen’s birthday (Wikipedia.com).  Perhaps this was the beginning of the tradition of fireworks on this weekend.

Regardless, it is the unofficial start to summer and generally a party weekend.

Sourced in ancient Jewish history is another grand celebration called Purim.  Usually celebrated on March 13 and 14, it is a day of national exuberance.  Traditionally, it is a day of sharing food with the poor and helping charitable causes. It begins with fasting.  Once the fast is over, the party begins.  This may be the most popular of Jewish celebrations.  So, what is the party all about?

The origins are found in the story of Esther.  The villain of the story is Haman, a courtier who seeks to destroy Esther and the Jewish people.  In order to determine the date of his genocide, he casts lots - in Hebrew, “pur.”  Here’s a great irony of the story.  While the God of the Jews is never directly referenced in the story of Esther, Haman’s lot-casting suggests he is looking for supernatural guidance from his own deity.  It doesn’t work.

Haman’s plan backfires.  Instead of destroying the Jews, he is humiliated by being forced to honour Esther’s cousin Mordecai.  When the king realizes the true nature of Haman’s plot against the Jews, Haman is executed on the very gallows he intended for Mordecai.  Without overt divine intervention, the Jewish nation is saved.

And the party begins.  They call it “Purim” because the lots cast by Haman were turned against him.

While it starts innocently enough with a fast, the traditions surrounding Purim suggest the party continues until they can no longer understand the difference between the name “Haman” and “Mordecai.”  That is one serious party!

License to excesses aside, the core of the celebration is acknowledging God’s care for His people.  It happens in such an extraordinary way.  There are no miracles like Moses confronting Pharaoh.  No military engagement like Joshua confronting the Hittites.  No prophetic utterances like Elijah confronting the worshippers of Baal.  As the events of Esther’s life unfold, God’s people experience real fear and stress.  They pray.  They fast.  Esther herself takes a rather fatalistic approach, “If I perish, I perish” (Esther 4:16).  No booming voice from the heavens.  No supernatural display of power.

Surely those ancient peoples wondered, “Where is God?”

They weren’t the first to wonder that.  Most certainly, they are not the last.  We’ve all wondered that from time to time.

Part of the theology of Esther is that God IS present and engaged.  He is active.  Always.  Seldom does He use the booming-voice method or the fire-from-heaven strategy to accomplish His purposes.  Nonetheless, they are accomplished.  This is as true today as it was 2500 years ago for Esther.  In fact, in all of human history, God’s hand is usually unseen even though His fingerprints are left behind. 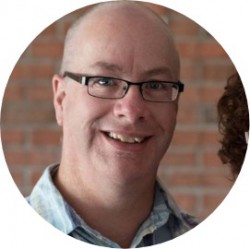